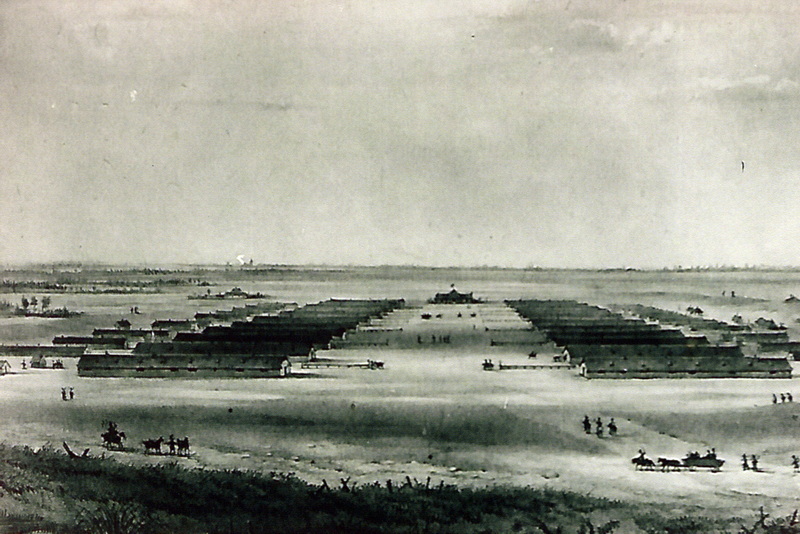 The first images of the Beverlo military camp were made by J.B. Gratry. Little information is known about the artist. We do know that he was a student of Paul Lauters. Shortly after Belgium’s independence, he was a captain in the Belgian army. In 1836 he made a series of drawings of the observation post of Camp Beverlo and a larger drawing of the Sint-Lambertus church in Beverlo. In 1846 he made a book entitled “Vue du Camp de Beverloo” from drawings by means of lithography. It is a book measuring 30cm by 45cm and contains a green cover page with a lithograph and ten lithographs including one of the Beverlo church. It is printed by P. Cremetti in Brussels.

In 1850 he probably left the army and is staying in Spain where he compiles two new books. One book is commissioned by the Geographic Institute of Catalonia, the second book contains images of streets and monuments of the city of Cadiz. 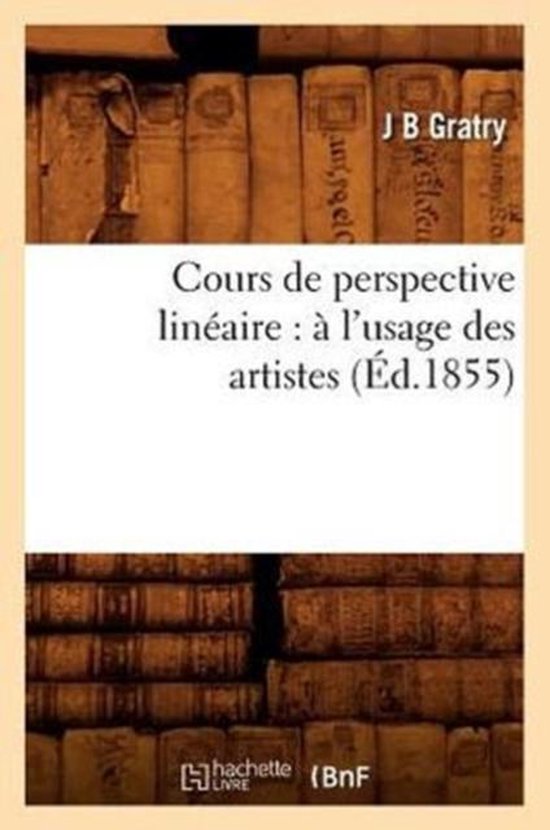 The lithography used by Gratry was the most obvious way to print images in a large number of copies in that period, but it is not exactly a simple way. It is a planographic printing method (as opposed to relief and gravure printing) also called lithography and was invented in 1797 by Senefelder in Prague.

A drawing is made on a flat cut limestone of about 12cm thickness with crayon, greasy ink, or grease pencil. Gratry will have used his sketches for this, which he must draw in mirror image on the stone in order to obtain a correct image. The fat penetrates gently into the slightly porous stone. Then the stone is rubbed with a mixture of gum arabic and nitric acid. 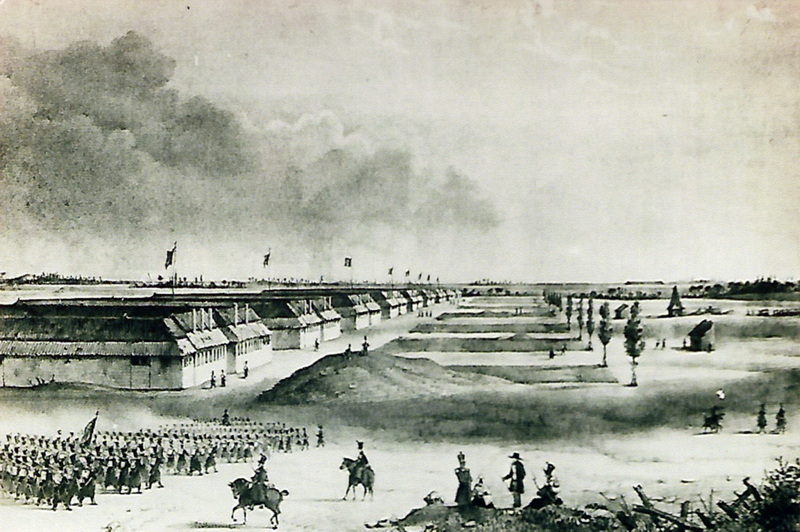 This mixture also penetrates the soft limestone but ensures that no other fatty matter can penetrate into the stone. After 24 hours the mixture is dry and the stone is ready for the printing process. The original drawing is then erased with turpentine, but the grease from the grease pencil remains in the stone.

The stone is then moistened with a sponge. Where it is drawn, the water cannot penetrate and the drawing, therefore, remains dry. Now the desired color can be applied with an ink roller. The ink will only adhere to the dry areas, in this case, the drawing. A fitting sheet of paper is placed on the stone, after which the stone and paper are passed through the press. The result is a print. By now further inking the stone with the roll, one can obtain print runs. 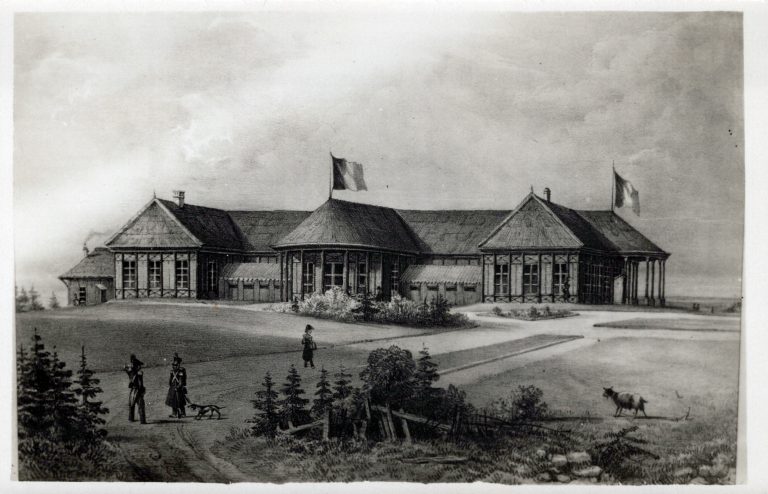 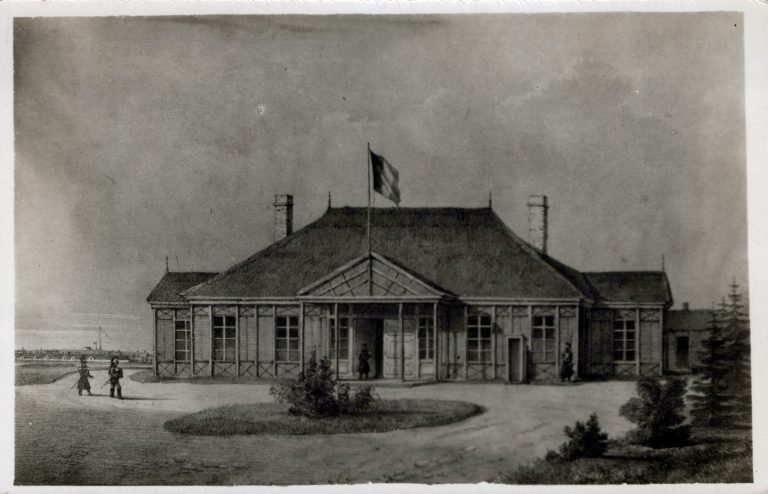 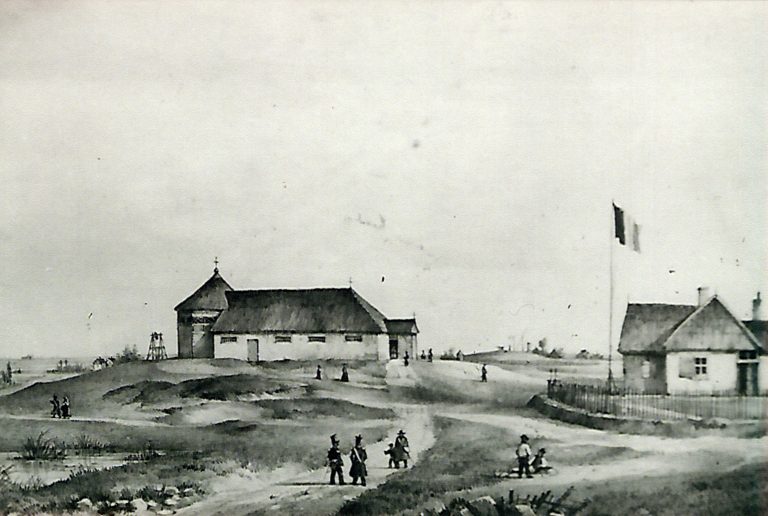 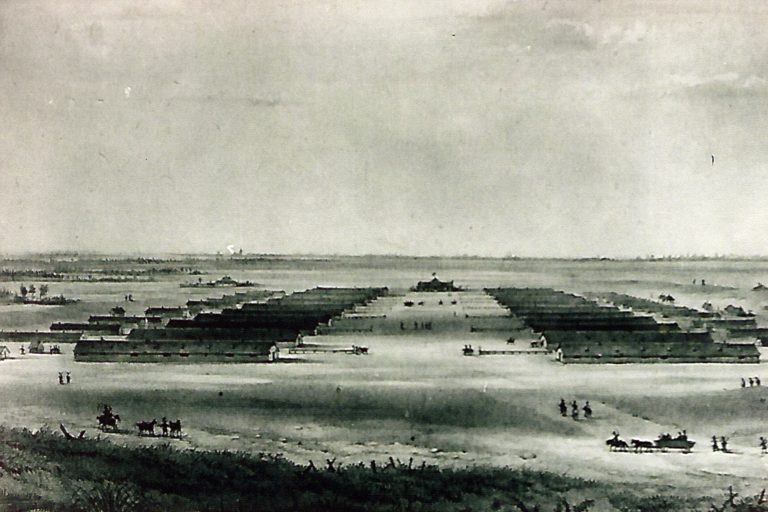 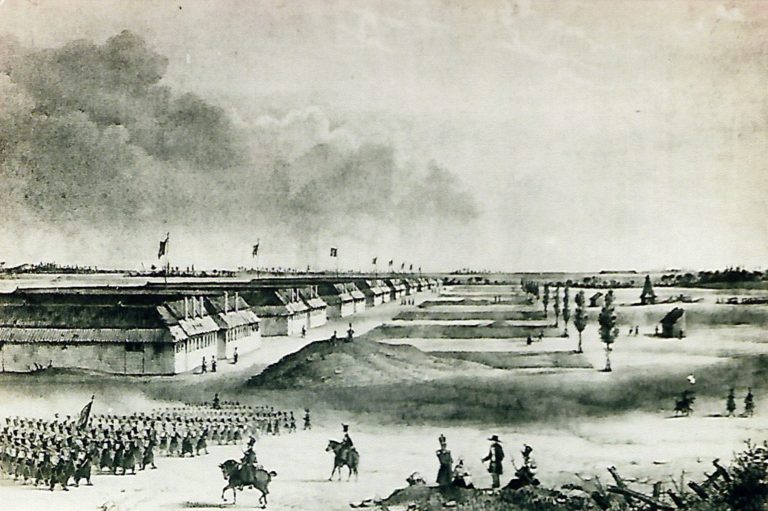 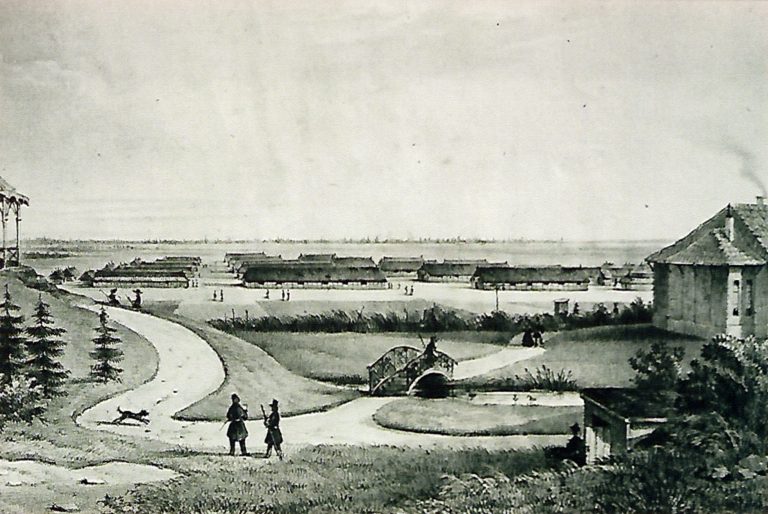 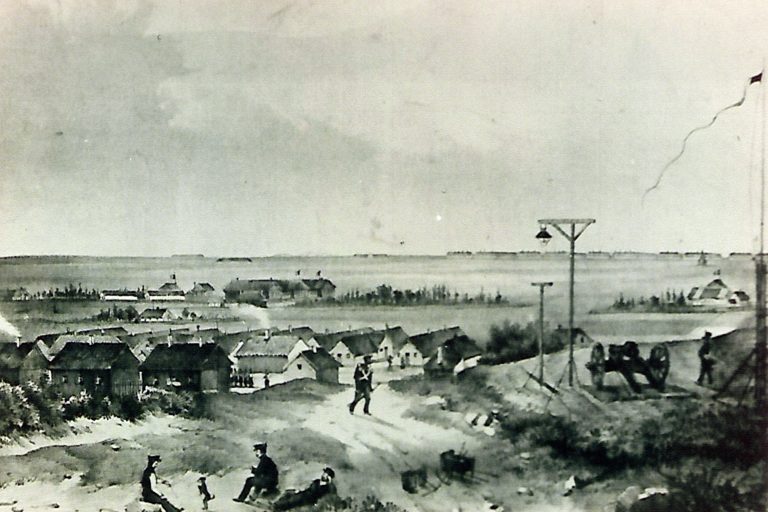