During World War II, Camp Beverlo was used by the Germans as a training center and transit point for troops. The military sites and buildings were used for training Kriegsmarine and SS units. In addition, members of the Feldgendarmerie also lived in Leopoldsburg and the village was an important administrative center for the Germans. It was the only place in Northern Limburg where an Ortskommandantur was located.
The established Truppenübungsplatz Beverloo ensured a constant presence and circulation of German soldiers in the region. Leopoldsburg grew, among other things, into an important training center for the German Kriegsmarine. But in the spring of 1944, special units were also present in and around the camp, such as the 12. SS-Panzer-Division ‘Hitlerjugend’. 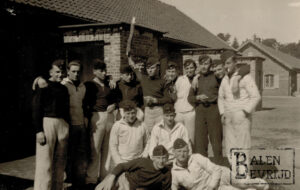 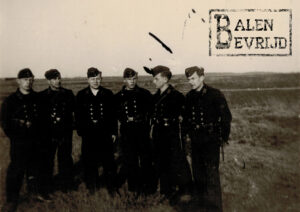 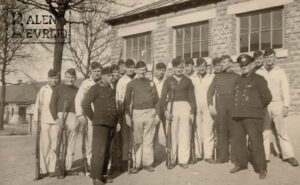 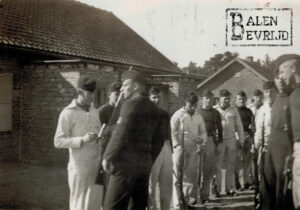 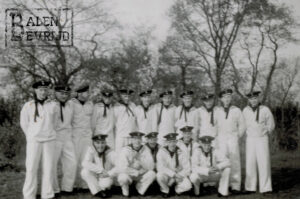 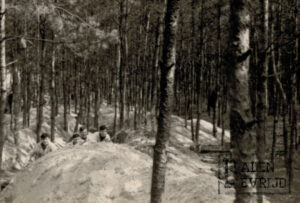 One of the young Kriegsmarine recruits who trained in Leopoldsburg during the last year of the war was Matroze-Obergefreiter Alois Wolf. He was based in Camp Beverlo in 1944 and was formed there as a crew member of a so-called U-boat or submarine. Alois Wolf was born on September 26, 1921 and was just under 23 years old in the summer of 1944. He fell victim to the second bombing on the night of May 27-28, 1944. His grave can be found on the German Military Cemetery in Lommel. He now rests in Block 54 under Tombstone 413.
Another victim was Sailor Martin Gahbauer. He was also assigned to the Kriegsmarine and spent that period in the Camp Beverlo. Martin Gahbauer was born on January 22, 1901 and was 43 years old. His grave is close to that of Alois Wolf at the German Military Cemetery in Lommel. He also rests in Block 54, under Gravestone 433. 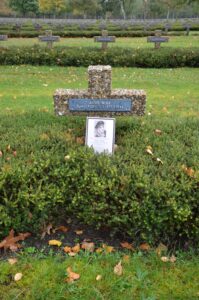 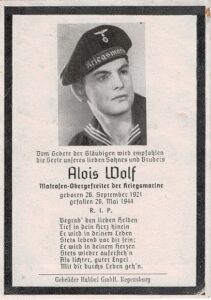 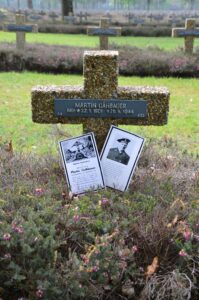 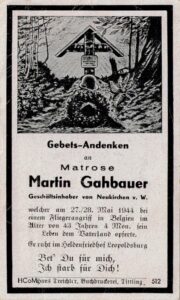 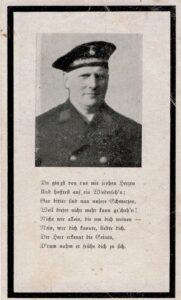 You may have noticed. At the time Martin Gahbauer was buried in Leopoldsburg. You can find a booklet about the opening of the German cemetery here.