Did You Know That There are Waffen-SS arm-elves under the name of 'Leopoldsburg version?

Thanks to Gerd Vantyghem for this explanation! - Translation by Patrick Marquenie

The name ‘Leopoldsburg version’ is a name that older collectors gave to these eagles until about 2005, perhaps because they were common and appeared in that region until after the war. Perhaps this should be seen in the context of local (militaria) shops, or shops where military insignia was sold around the camp in the village. 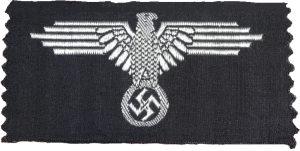 The reason why during the war exactly in the Leopoldsburg region there was a need for outlets of all kinds of insignia and equipment is that the Germans also used the barracks during the occupation. For example, the 12. SS-Pz.-Div. “Hitler Youth” largely trained in Limburg and barracks from mid ’43. Of course, they used the grounds and blocks of Leopoldsburg, but such a division had up to 16,000 men. The barracks and quarters extended, as I was told, even to Genk.

For the above reason, this type of bird was often associated with Leopoldsburg by the ‘old collectors’, the first decades after the war, because they often turned up there, and hence the name undoubtedly.
However, we now know with great certainty that they were manufactured in Aalst, at a company that still exists today (Nominette). (Nominette). There appears to be a very strong resemblance to the pre-war and post-war insignia of this company in terms of weaving and manufacturing. The firm itself denies ever having worked for the Germans, but the person who investigated this is pretty sure. 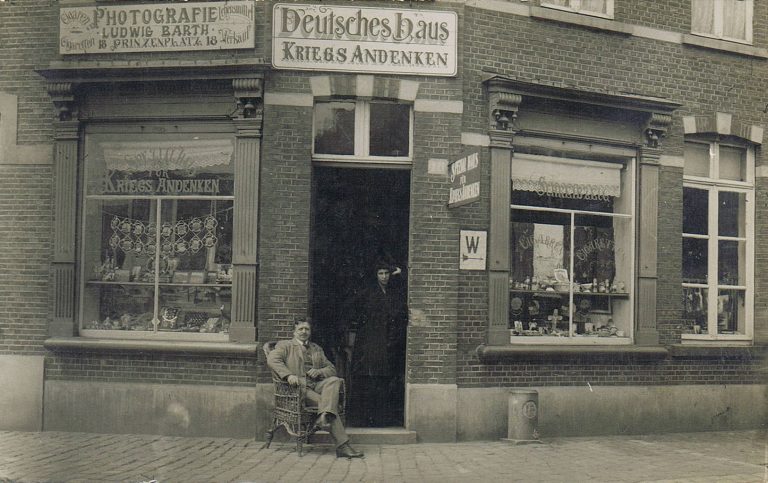 Also during the First World War some shops were aiming the German Invaders. Like this little shop in Leopoldsburg located on the spot where today the ‘Kamps Cafeke’ is!

Thanks to Etienne BIES for the photo and for explaining the location.. 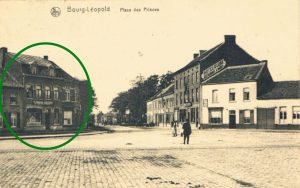