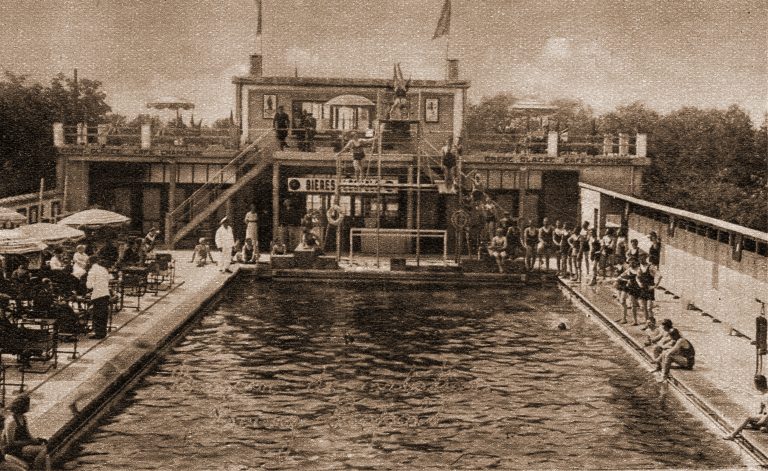 From Latin: a place where one can take a sunbathe, also a solarium.

Before 1940, in the mid-harvest period, the owners and managers organized all kinds of water sports such as competitive swimming, and clean-diving of the two seesaws. Water polo matches were also regularly held by the local club.

Before WWII, thousands of soldiers stayed in Beverlo Camp. It makes sense that also sportsmen were there. It was typical that the swimmers already appeared in club clothing. The ladies in custom one piece fashionable bathing suits. The eye also wants something … Perhaps people then spoke of “Il faut sacrifier quelque chose a l’apparence” (= You have to sacrifice something for the appearance). It was common then that most visitors spoke a fair bit of French while enjoying crême-glacée (= ice cream) or café-cramique (coffee-raisin bread) or une bière (= a beer). The gentlemen could challenge each other to a game of billiards.

In 1935, the Janssens – Clerckx family’s dream was realized. The population in Leopoldsburg and the surrounding area could then enjoy the Lido, in full expansion, and the newly opened Solarium. The Wehrmacht and the Kriegsmarine threw a spanner in the works: the Solarium was occupied by German troops throughout WWII. Although some ladies managed to gain entry to eat … cramique.

During the liberation, the Germans left the building with all the consequences that entailed. It was looted and the extreme cold winter caused the further decline of the beautiful complex. The family’s dream came true lasted less than ten years. 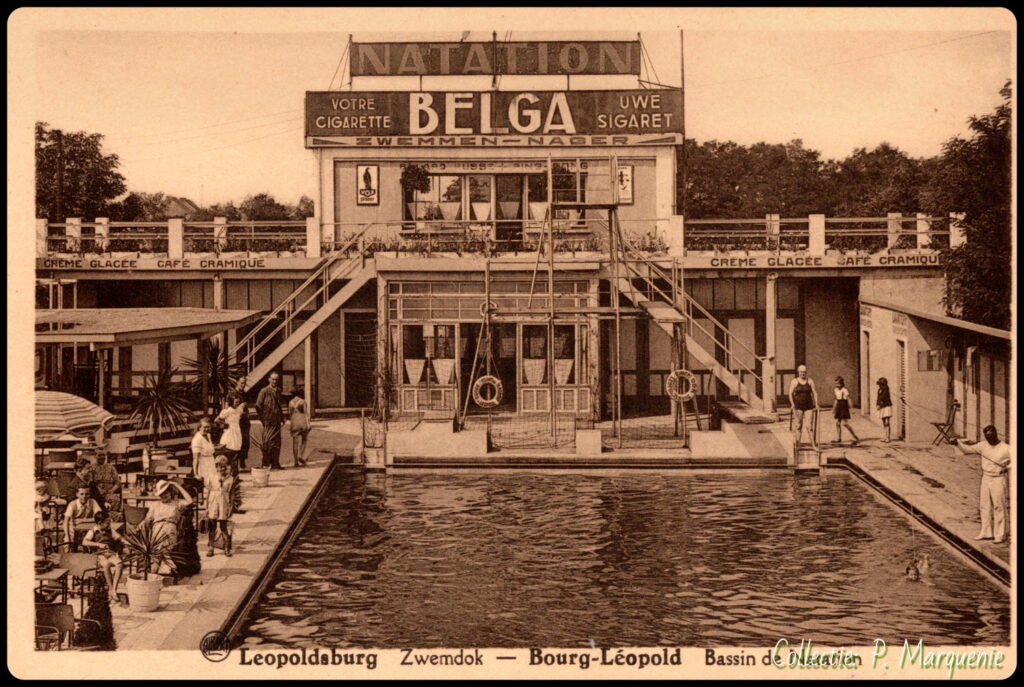 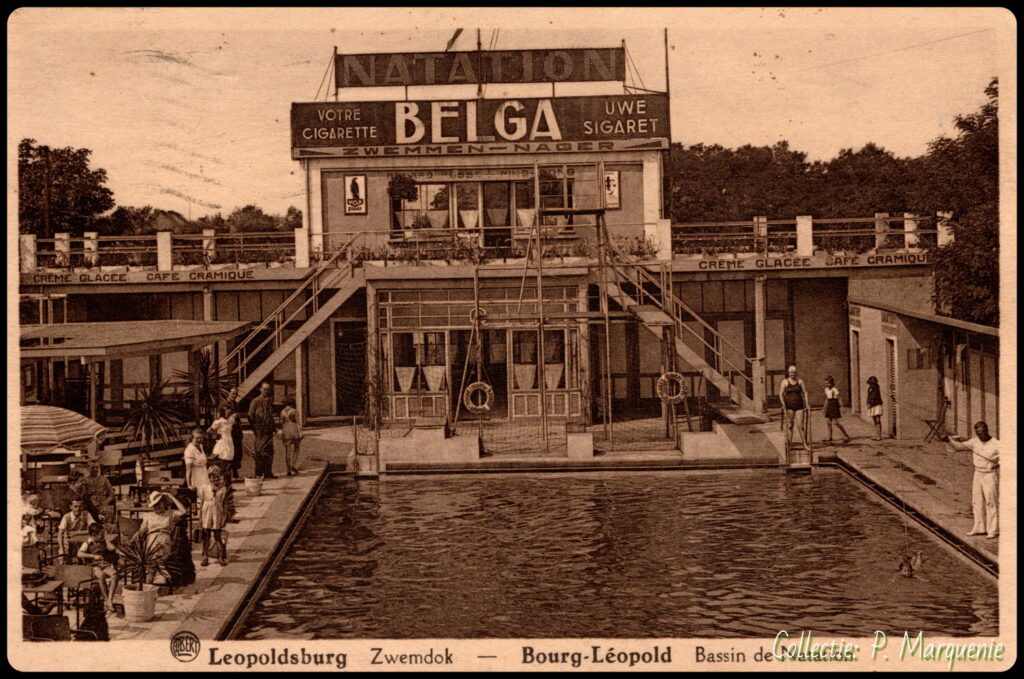 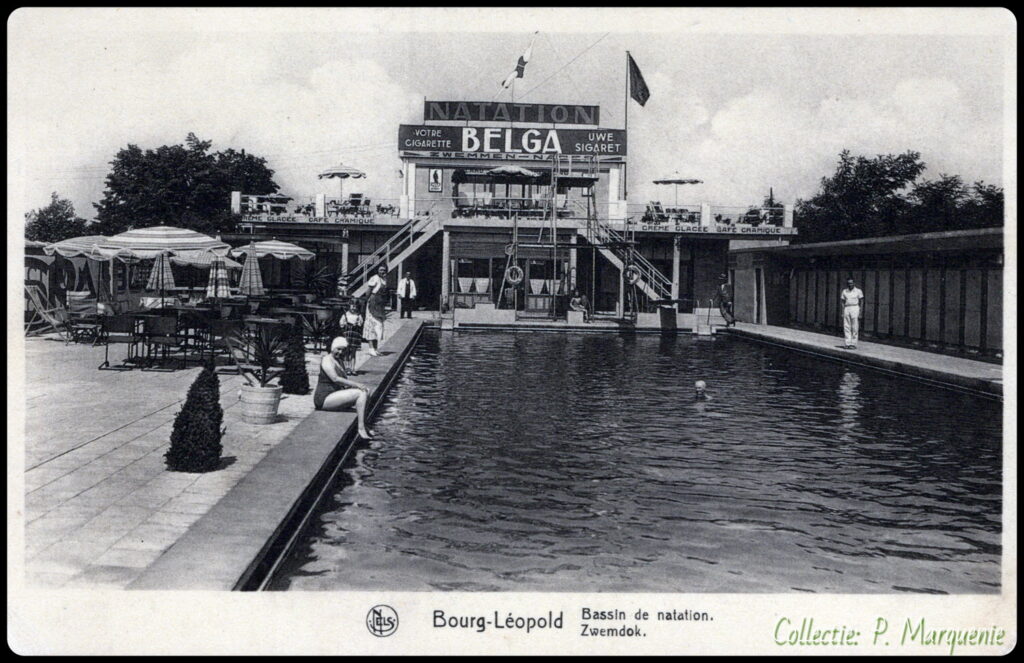