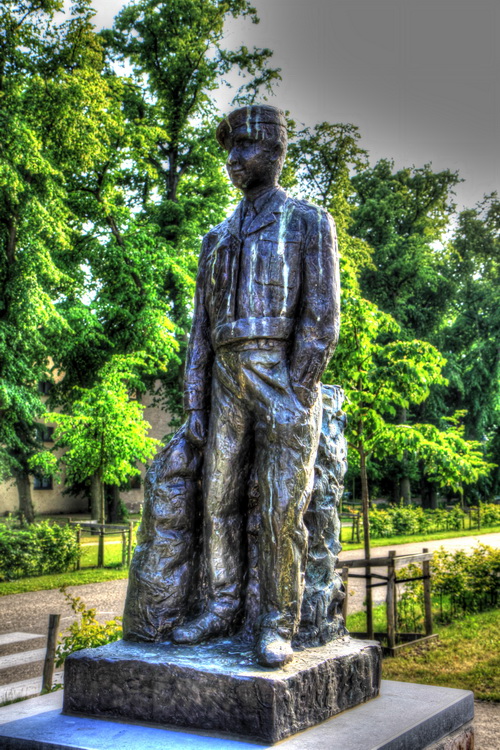 On September 11, 2010, the sculpture of the Soldier was officially unveiled in the Koning Leopold III-laan. This work of Hilde Fransen was made on the occasion of 180 years of Belgium, the 160th anniversary of the congregation, and 175 years of Beverlo Camp.

The civilianand military history of Leopoldsburg has always been closely intertwined. To symbolize this alliance it was put in a strategic location on the outskirts of the town and along the gateway to the military camp.

The soldier is made of polyester with a bronze tint. The picture of this young conscript with a kitbag exudes a certain nonchalance, because not everyone who fulfilled his military service here, was equally conscientious and enthusiastic.