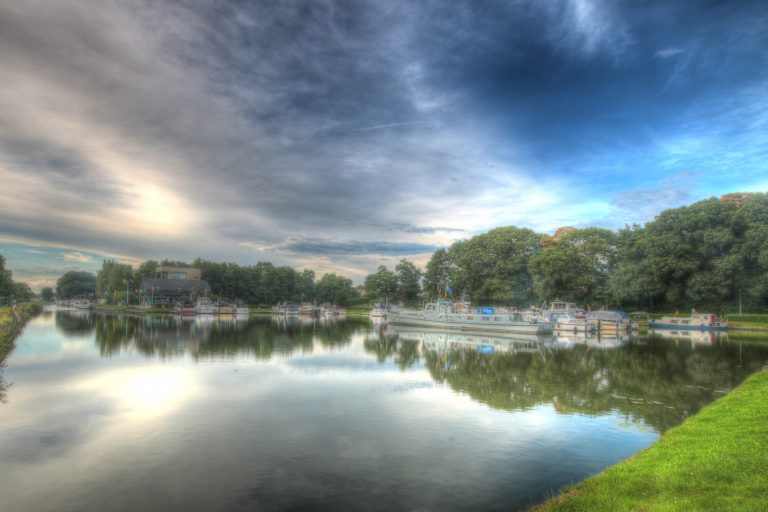 Despite the expansion and improvement of the road network, the army was not yet able to supply sufficiently and especially fast enough. One looked forward to a transport possibility over the water.
In almost three years, between 1854 and 1857, a connecting channel between Leopoldsburg and the ‘Kempische Vaart’ was dug out by thousands of workers.

Due to hydrostatic equilibrium1 of the water level, no locks were required. Through the connection with the Kempisch Canal, the inland vessels could now go to Antwerp, Charleroi, Leuven, and Liège.
The first inland vessels that reached Leopoldsburg via the new canal were the ‘Hercules’ and the ‘Charlemagne’, which together transported 190 tonnes of coal from Liège. Mayor Vander Elst and Secretary Caïmo were present at the arrival of the ships, on June 12, 1857, to celebrate the event. Later on October 15, 1857, the 17 km long waterway was officially opened.

Then the channel basin was also laid out. Afterward, a shallow swimming pool was demarcated (temporarily) where the soldiers learned to swim. The canal did not only provide efficient and smooth transport at the time, but it also served to irrigate and render fertile soil.

The canal was never modernized because it allowed only limited-tonnage vessels, it lost its economic interest, especially because in 1878 the first train stopped in Leopoldsburg.

Today the canal fulfills a tourist role. The canal basin and a part of the canal serve as a marina, equipped with all possible accommodations for the pleasure boats. 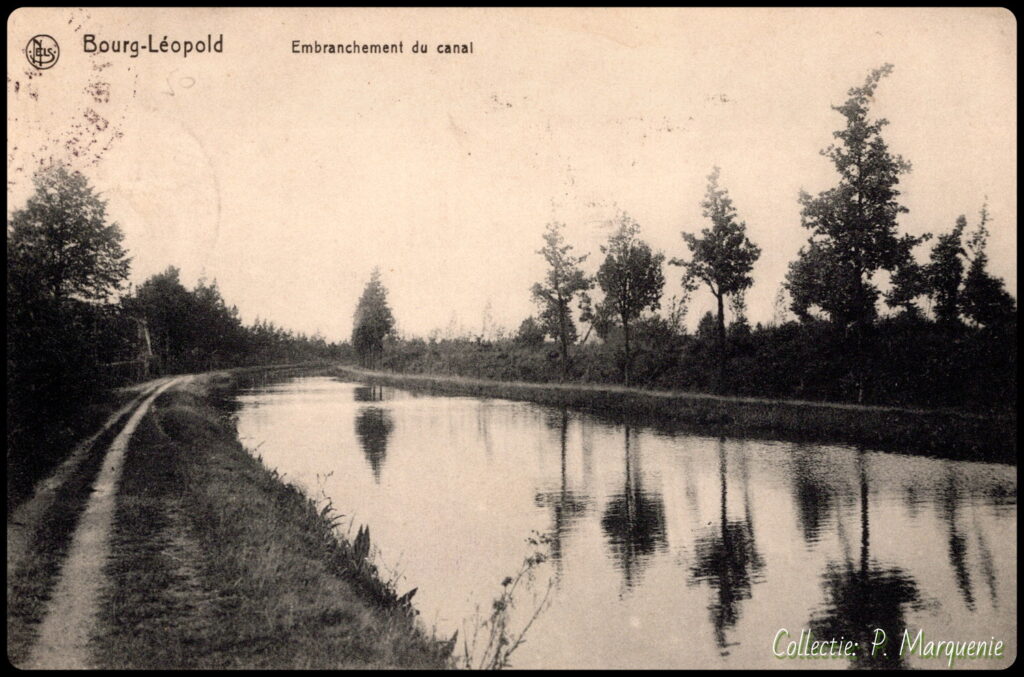 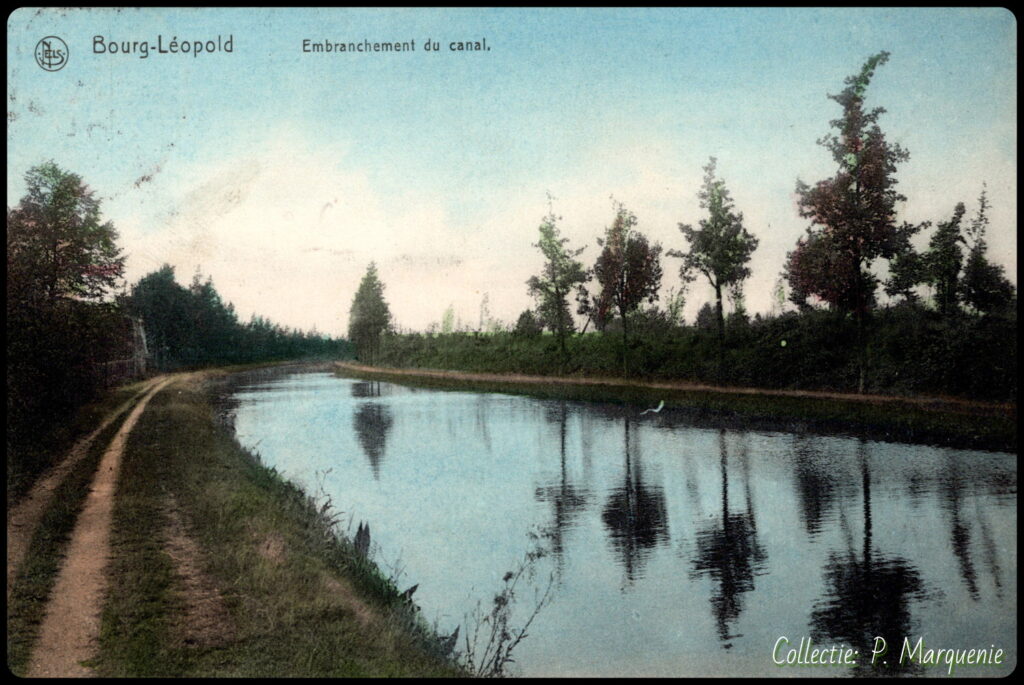 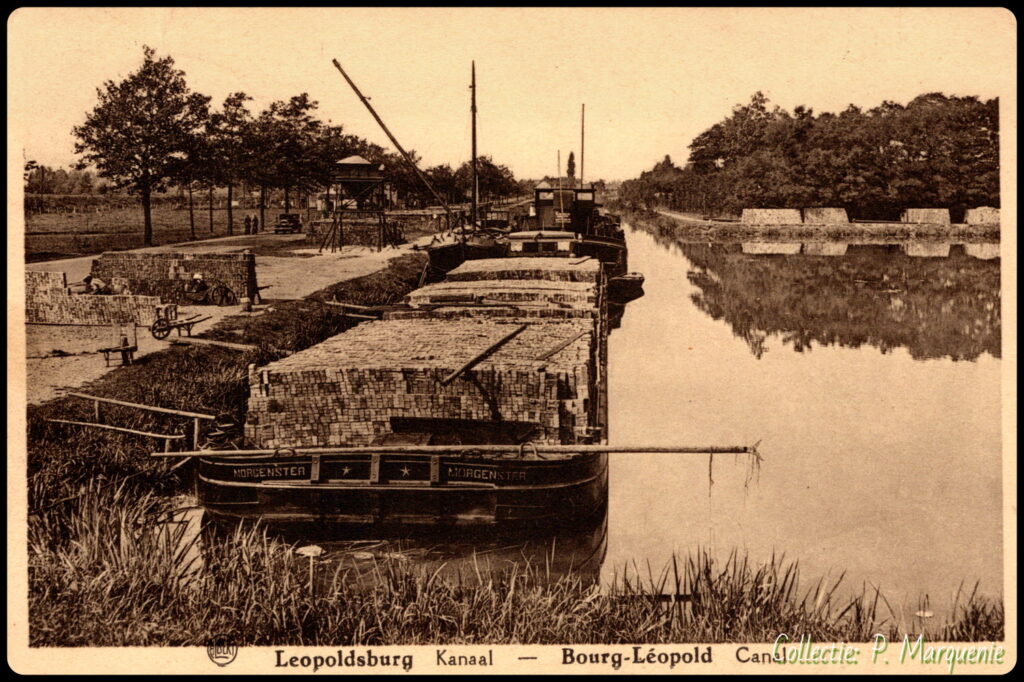 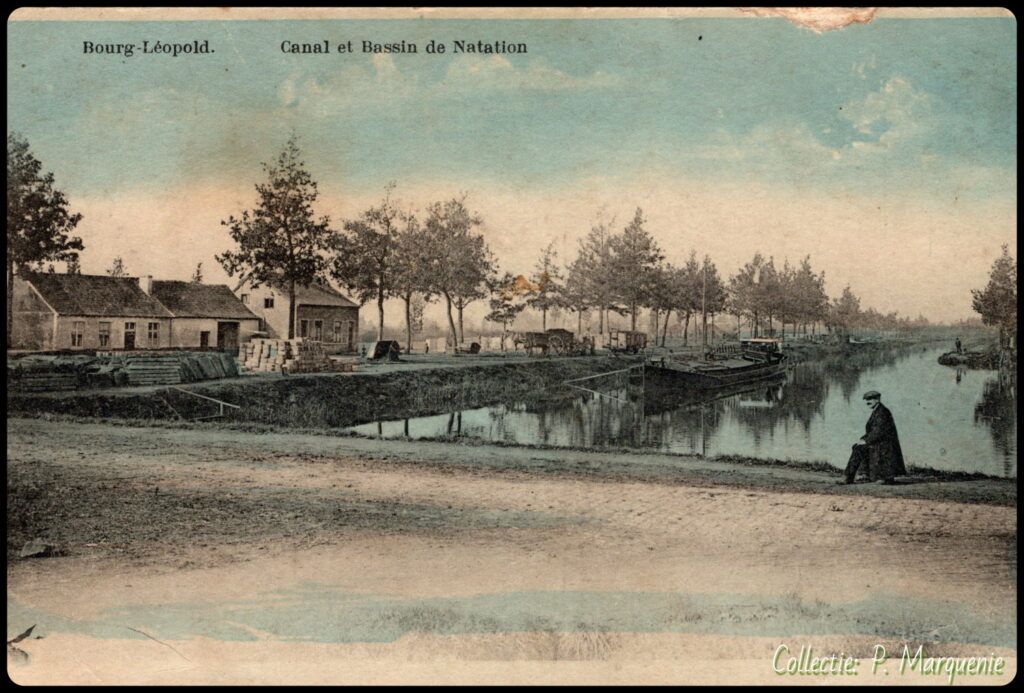 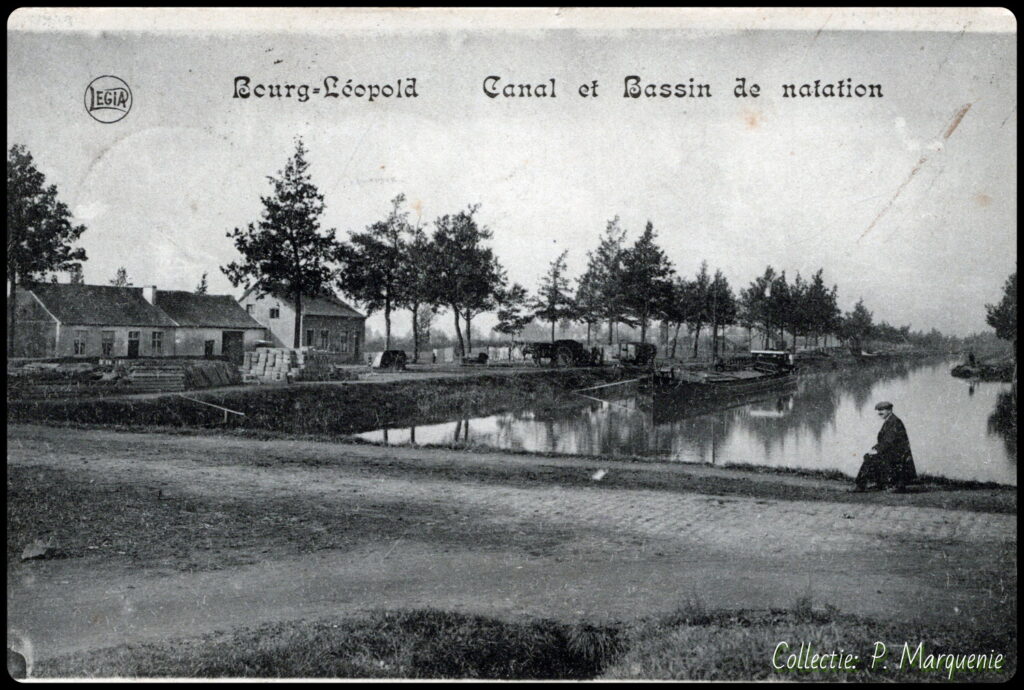 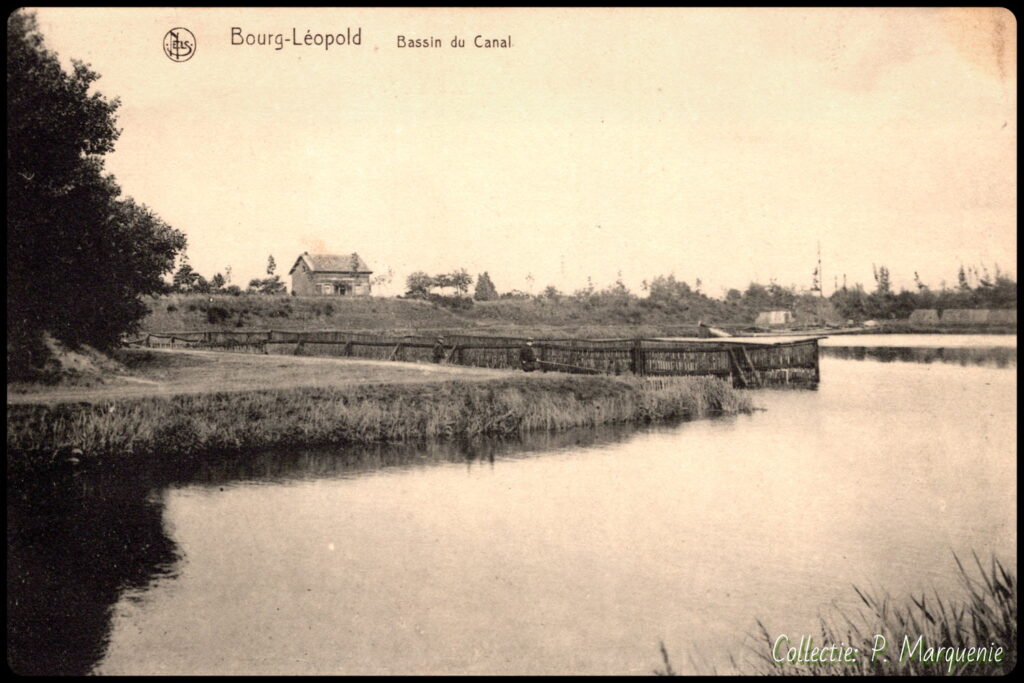 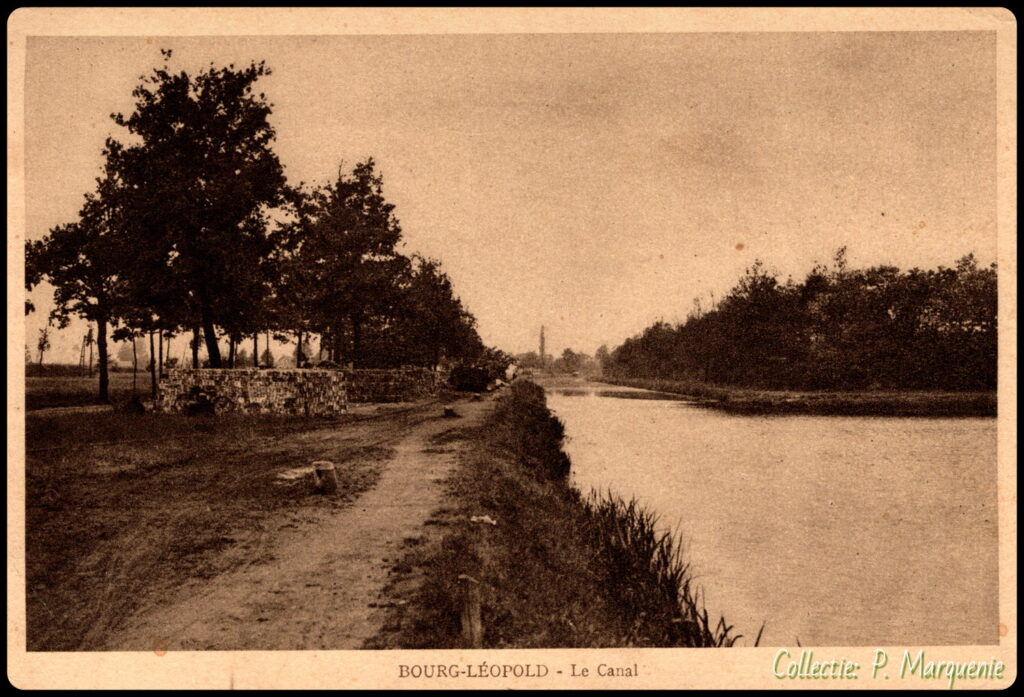 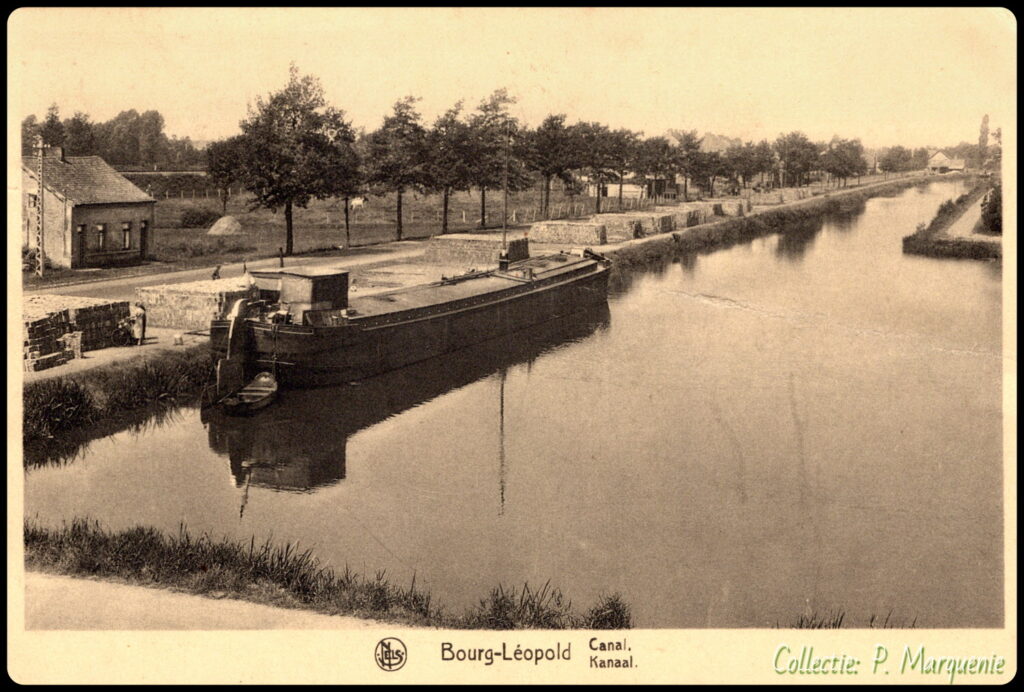 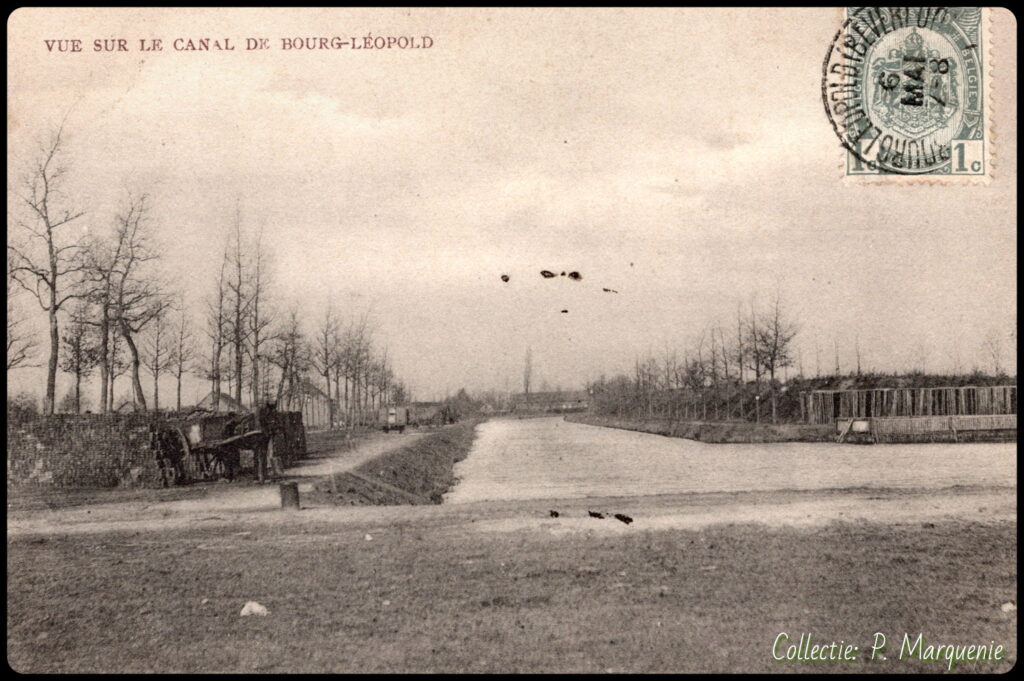 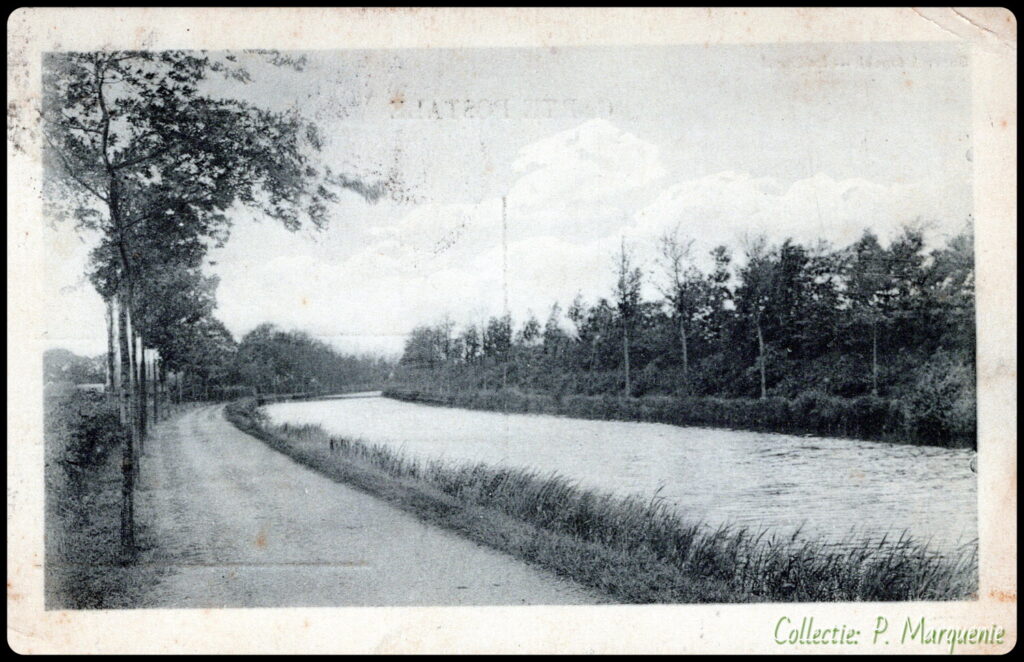 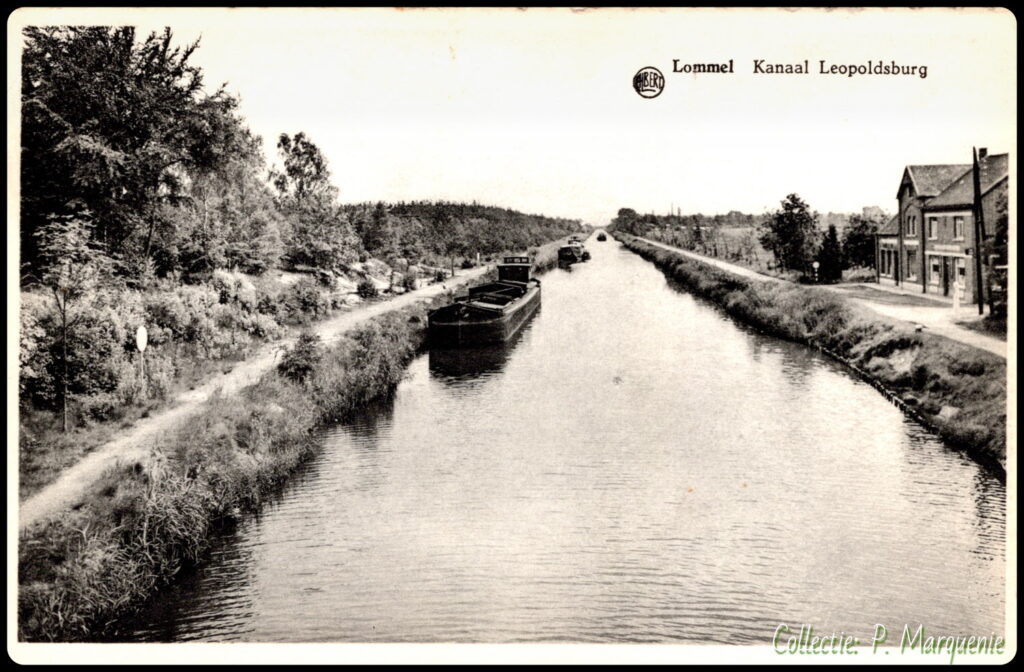 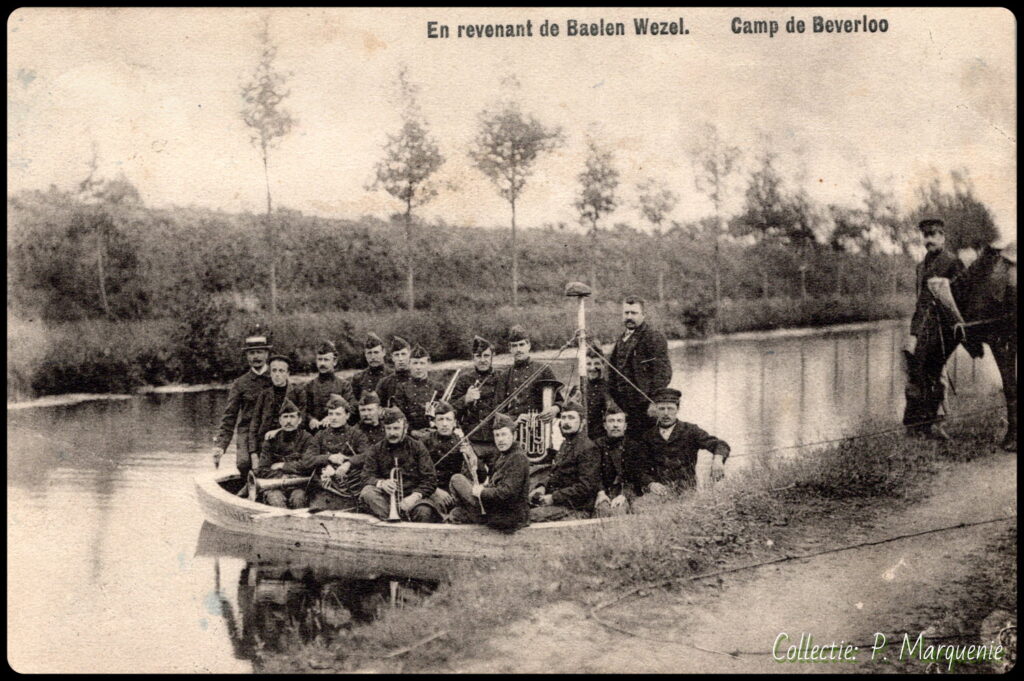 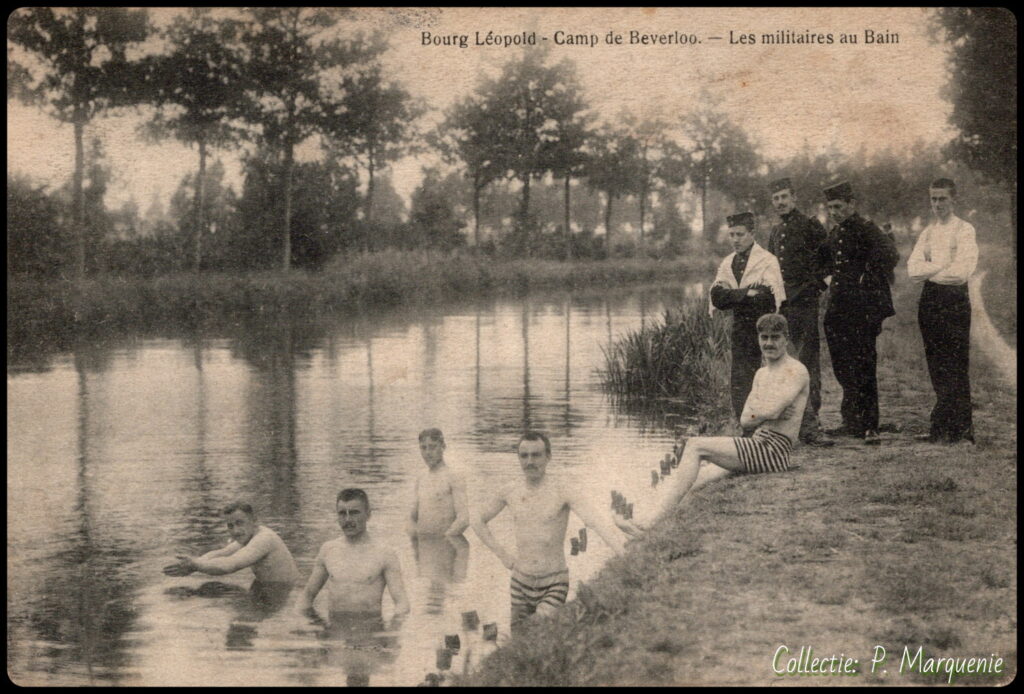 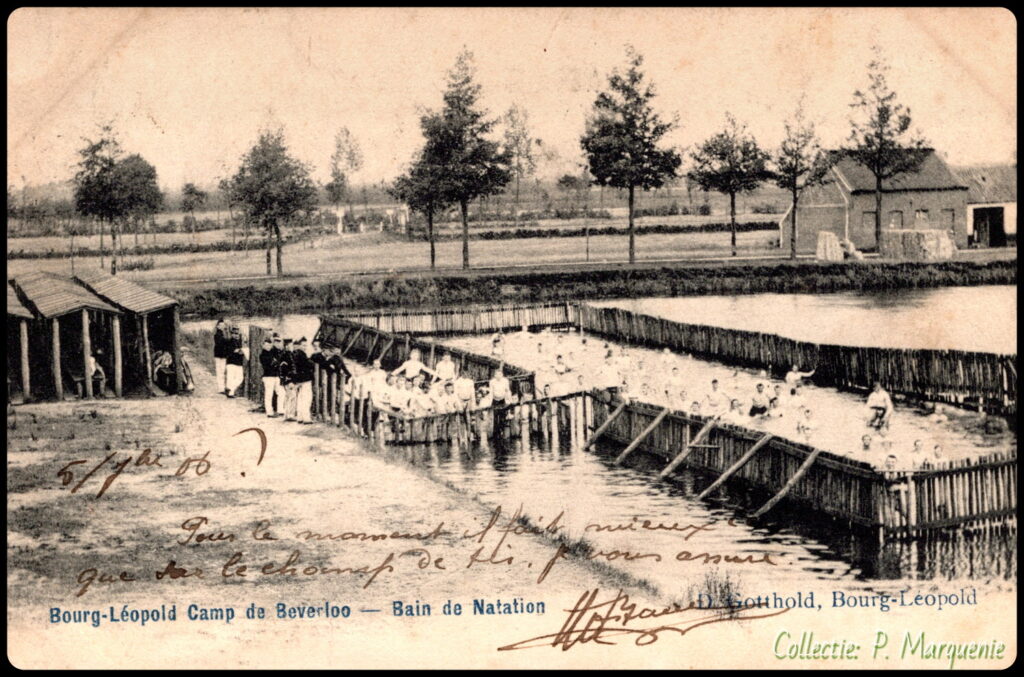 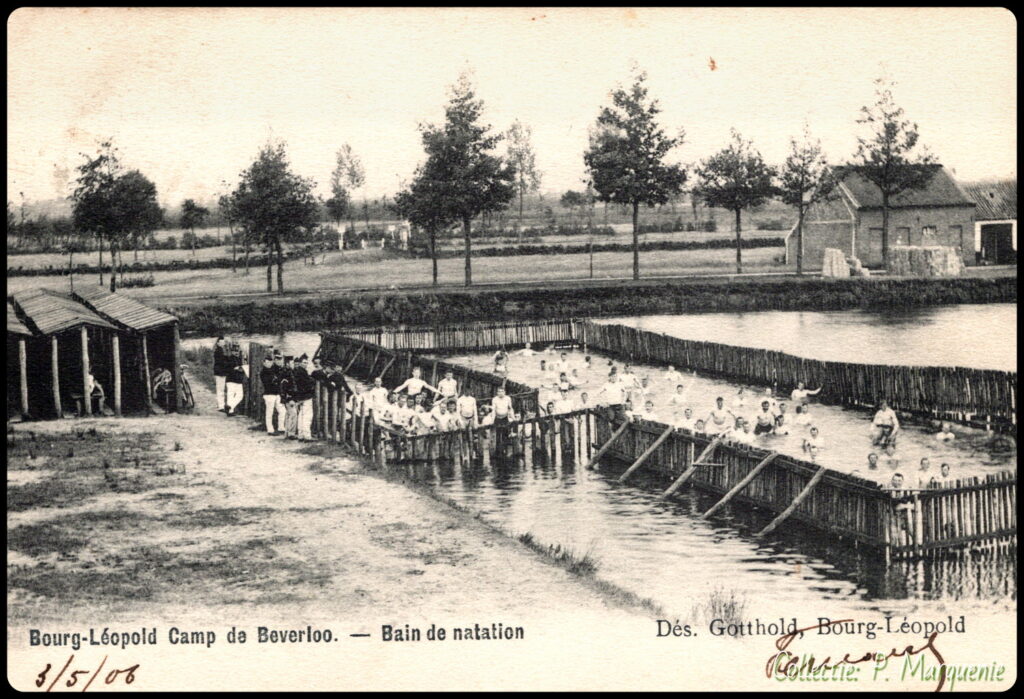 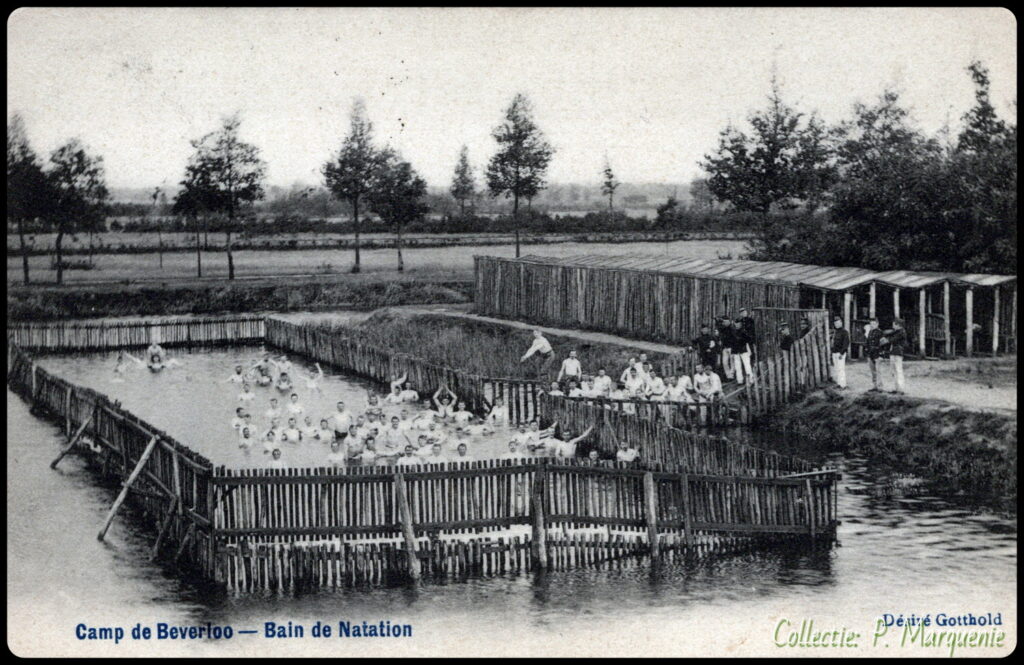