Did You Know That A steam tram passed through Leopoldsburg? 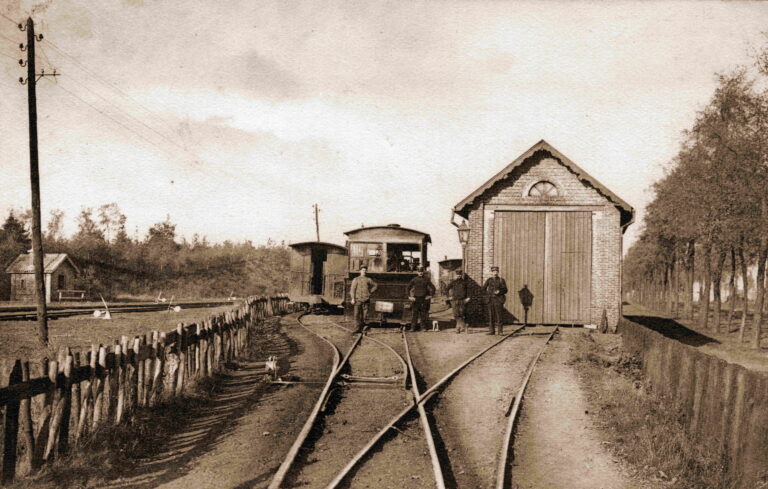 On 9 January 1888, the first tramway between Leopoldsburg and Bree was put into service. The official opening took place on 24 June 1888.

After Leopoldsburg-Bree, the following connections were successively established:

In Limburg, from 1928 onwards, the full operation was ensured by the NMVB. In 1932, the first kilometres of tramline were electrified.

In 1936, the line Hasselt-Genk was opened and from that year on, the steam trams were gradually replaced by the autorail on the Limburg lines.

Just before the Second World War, the first railway lines were abolished, the change from tram lines to buses was unstoppable.

In the newspaper ‘Het Belang van Limburg’ of 12 June 2021, an article appeared about the Tramstraat . Click here to read it. Warning: the article is in Dutch!