The bombardment of Leopoldsburg on 28 May 1944

This text and photos come from the website Balen Bevrijd, Het bombardement op Leopoldsburg van 28 mei 1944 , consulted on 02/04/2020, (www.balenbevrijd.com). Thank you for your permission to use the article and photos on this site! Translation by Patrick Marquenie

In the night of 27 to 28 May 1944, a new raid was already being planned with Beverlo Camp as its target. 331 aircraft participated in the raid. The bombing took place between 01:54 AM and 02:18 AM. Eight Mosquito aircraft first marked the target. A few minutes later an aerial bombardment followed, which mainly affected the training center of the Kriegsmarine, the Military Hospital, and the warehouses of the Camp.

During the bombardment, mainly German soldiers (estimates vary between 300 and 7000 persons) were killed, the majority of which were assigned to the Kriegsmarine. About 270 deceased soldiers were registered as victims of the bombing. Initially, they were all given a final resting place at the German Military Cemetery at Leopoldsburg. Most of the registered victims were buried in a mass grave. In 1951, the graves were transferred to the German Military Cemetery in Lommel. The victims from the former mass grave are now in Blocks 54 and 55.
However, the attack again hit the civilian population in Leopoldsburg and Heppen. During the second attack at the end of May 1944, 19 people died. Ten houses were razed to the ground and many houses were damaged.
The bombing also shook the municipalities of Balen and Olmen, just like the surrounding villages. The sea of ​​flames was therefore very visible from the neighboring municipalities and many buildings were damaged as a result of the violent air raids in May 1944.
It was almost impossible for curious citizens to get to Leopoldsburg. The bombed zone was hermetically sealed by the Germans. Anyone who dared to come close was claimed and deployed for the clean-up work. Anyone who dared to come close was claimed and deployed for the clean-up work. 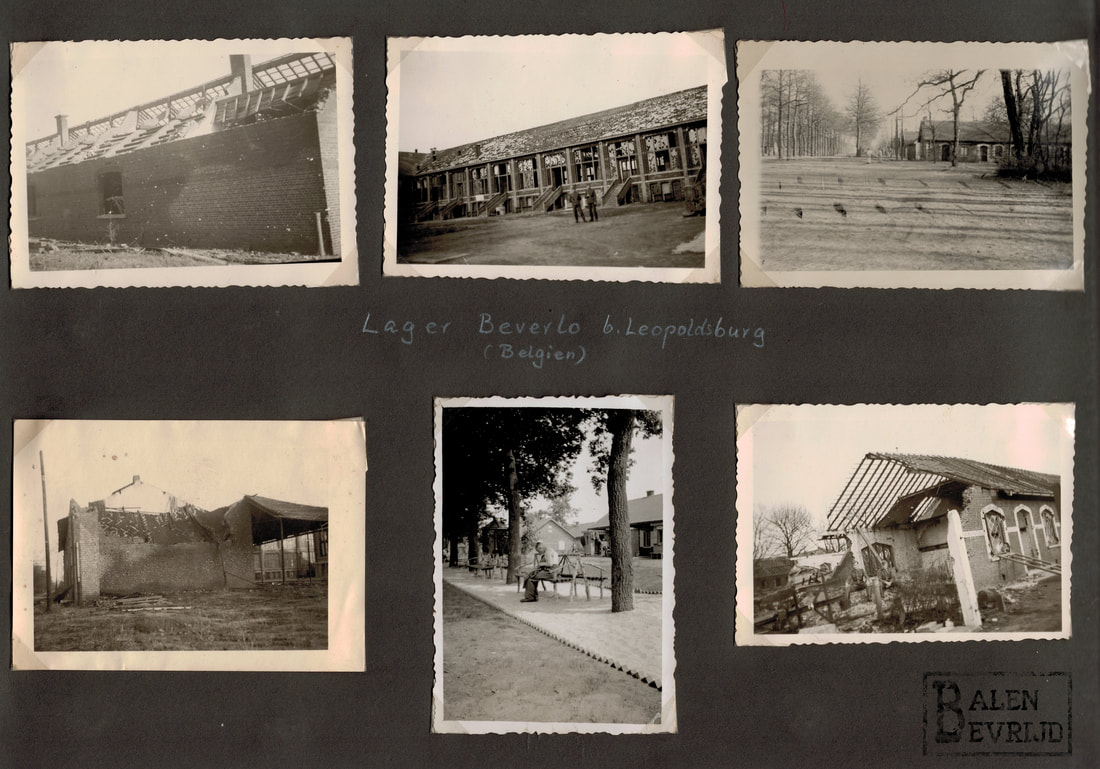 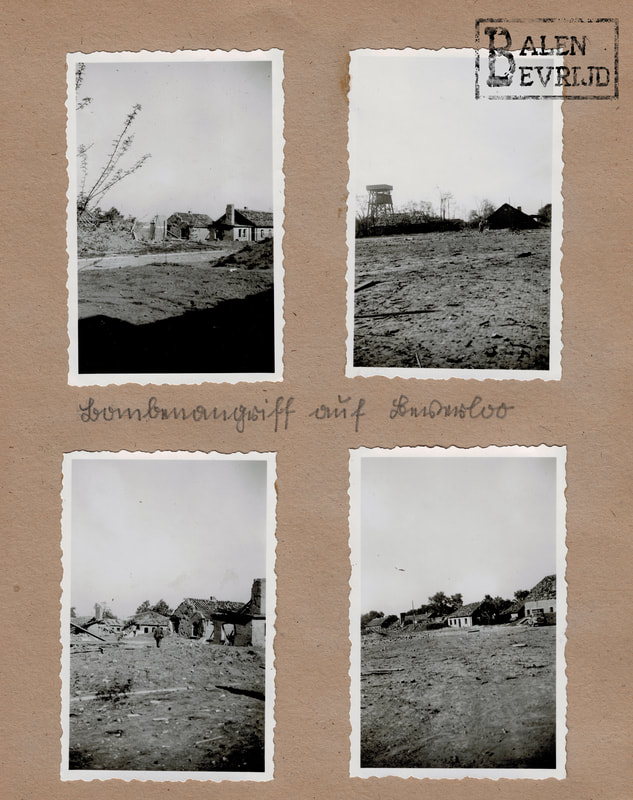 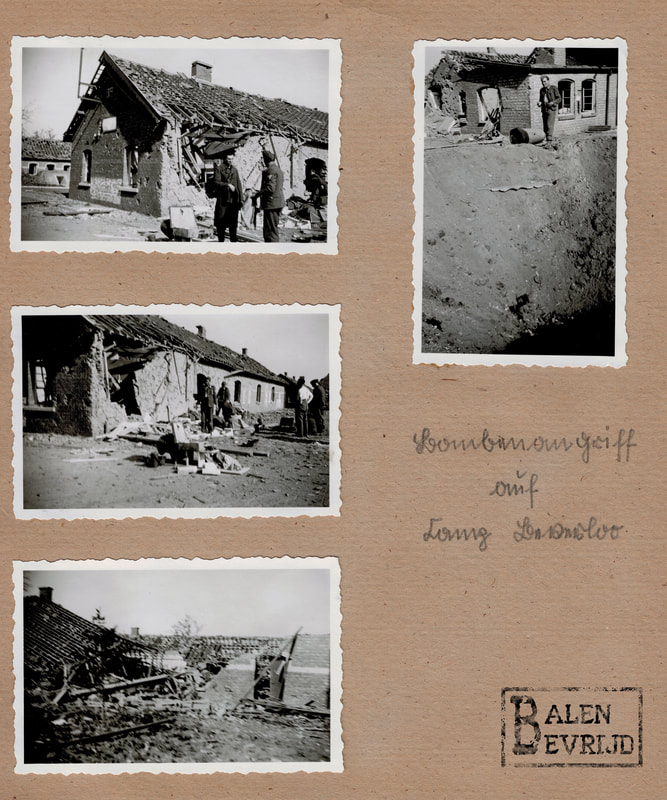 The Institute OLV Visitation was also hit during this bombardment. You can read more about that in this article.